Accurity GmbH in Switzerland has just published a new interactive map of migration of highly skilled workers in Europe. 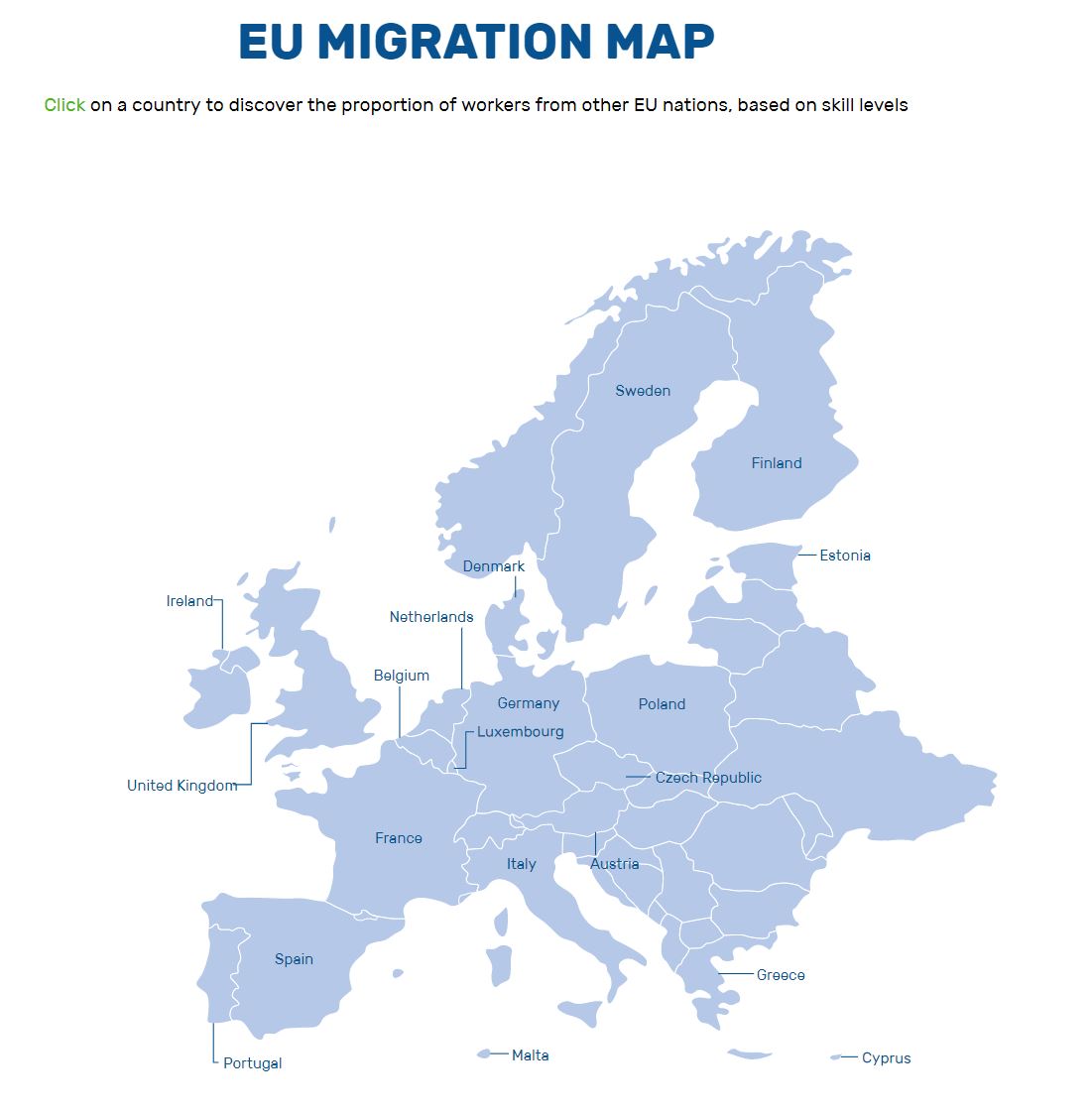 This map focuses primarily on people who decide to relocate who are regarded as “highly skilled”, because they’ve attained a higher degree of education. Based on carefully selected data from the European Commission, this map shows interesting facts such as, for instance, the fact that Poland is the host country for more skilled immigrants, in proportion, than the UK.
Also, considering the recent election of Boris Johnson as prime minister of the UK, and his incendiary rhetoric that was on display during the controversial Brexit campaign, the general friendliness of the UK towards immigrants, and specifically highly skilled ones, could be seriously jeopardised. According to the map, the UK is still the first country of choice for people moving out of their own birthplace.

Usually, the general increase in the migrant population that has been sweeping Europe recently is portrayed under a sensationalistic light, what this map aims to do is show how data can be used to better understand this phenomenon without resorting to stereotypical views of the migrant population.