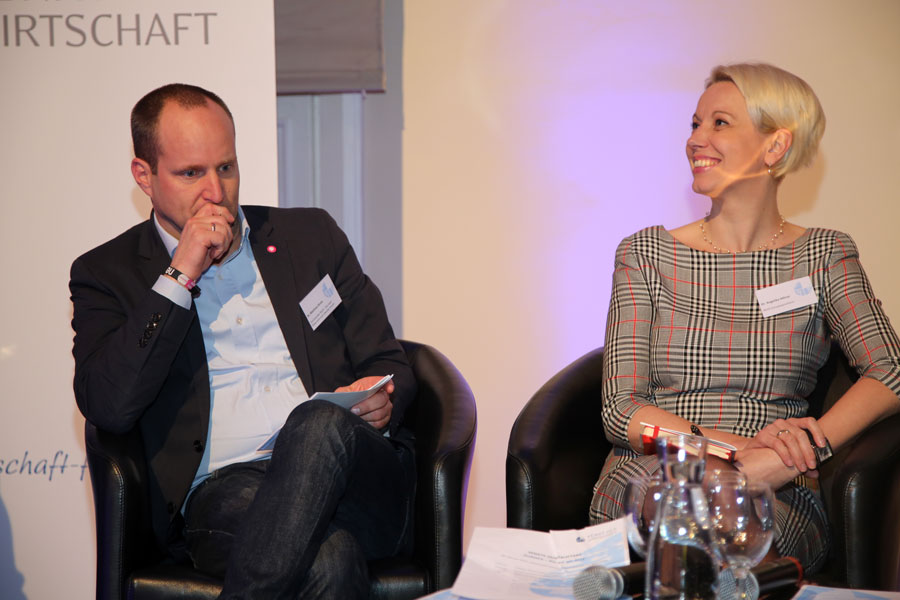 NEOS (New Austria, ALDE) is the youngest political party in Parliament, having been founded in late 2012 and entering parliament in 2013. It is the first party in Austria to pass the 4% entry requirement on its first attempt (all other parties and lists either were formed by existing MPs in parliament or needed several attempts). It uses the colour pink and utilises various party mascots to vie for attention, such as the “pink man”, (a guy in a pink unitard, pink sunglasses and a black hat), “horny” the unicorn and others. Much like its mascots, its party leader, Matthias Strolz often stirs up the political scene with his unique style, which has given him the nickname “Duracell Rabbit”, due to his incredible energy and fast speaking. He combines this with a very strong will for action and change and often presents new ideas and proposals to his rivals, hoping to build alliances or get them to stop blocking reforms. This approach is very polarising, garnering him as much praise as it does malice.

NEOS don’t see themselves as a political party, but a “people’s movement” from the “centre of society”. This reflects their largely middle-class composition and policy orientation. Although the party itself is very diffuse and constantly shifting both in terms of members and voters. Early on, NEOS cooperated with and fused with multiple other parties, the JuLis (Young Liberals), which turned into NEOS’ youth party JUNOS (Young NEOS), the remainder of the LIF (Liberal Forum) and the OPÖ (Online Party Austria) and also absorbed a part of the Grüne Wirtschaft (Green Economy). Originally NEOS was supposed to be above ideologies and focus only on best-practice models from across Europe, but eventually the high concentration of liberals that finally found a home, made it inevitable for NEOS to don the label of liberal party, all the more so when it joined the ALDE family (Alliance of Liberals and Democrats for Europe).

NEOS’ main four pillars are: democracy/federalism, Europe, the economy and education, however they created multiple groups and open formats to allow both regular citizens and party members to shape their programme in all policy fields, which often caused disagreements and internal strife and resulted in many subsequent changes to the formats over time, as the party learned to deal with itself. One of the biggest controversies in the early days was a disagreement on gay marriage. Those in favour won in the end, but the conflict made big waves in the media and damaged the party’s image with many potential voters. This was reinforced by the ÖVP’s own attempts to dissuade its voters from voting for NEOS, depicting it as nothing more than a progressive offshoot with no real chance of success or any tangible ideas. At one point the ÖVP even hung up pink balloons in Vienna, with the NEOS logo and the sentence “Nothing but hot air” underneath. It did not help that some of NEOS’ most prominent members, including Matthias Strolz had some ties with the ÖVP in one form or another.

Despite the ÖVP’s strong efforts, as well as being excluded from the political debates by the state-owned TV channel ORF, NEOS received quite some coverage from newspapers in the 2013 elections, in part due to the monetary and ideological support of former LIF member and industrical tycoon Hans-Peter Haselsteiner. Furthermore, they expertly used social media and a snow-ball effect among their own contacts and were rewarded with nearly 5%. With this impressive victory, NEOS rose in the polls by several percent per month, nearly reaching 15% by the beginning of 2014.

This hype did not last very long, however, as NEOS only had 9 MPs and were not featured in the news very often post-election. This resulted in a few semi-successful media stunts that alienated some voters. In local elections, NEOS did not receive quite as much attention and support as on the national level, mostly because of their lack of experienced political figures in their rosters and their focus on urban voters. Before long, NEOS fell to 12% in the polls. Then, several party representatives on the local level made strange policy remarks.

The biggest such blunder to date came from now MEP Angelika Mlinar during the 2014 European parliament elections. While attempting to explain that NEOS wanted to break all taboos and talk about anything and everything, she suggested that everything could be privatised, including garbage disposal, hospitals and the natural water deposits. Earlier a non-binding referendum launched by the SPÖ in Vienna on water privatisation in 2013 had resulted in 87.17% voting to forbid privatisation of the water supply.
Both Mlinar and the party tried to clarify for years to come that they would never privatise the water supply, but the party never fully shook the image of privatisation crazy thatcherists. Ironically, the water distribution in many Austrian communes has already been privatised by the government without most citizens’ knowledge.

In the end, NEOS only earned 8.1% of the vote in the EP elections, resulting in a single MEP. While the party had almost doubled their vote share in only a few months, the falling trend in the polls dampened their enthusiasm, as did several poor results in local and federal elections.

By the time of the 2017 campaign, NEOS only had about 5-6% left in the polls. The hype was gone. Now it was up to NEOS to convince voters with their policies and parliamentary work. To their credit, they did just that. Over their first four years in parliament, they kept the governing parties in check and pointed out several issues. They also managed to get almost all of their MPs known as specialists in their respective fields. Their economic speaker Josef Schellhorn was even courted by Sebastian Kurz as his next finance minister, though Schellhorn refused the offer.

Their campaign ran under the hashtag #perspektivenwechsel (change of perspective) and a series of posters in mirror writing before people’s faces, prompting the reader to view things from the other person’s perspective. Matthias Strolz also presented several “opportunity alliances” with experts from other parties and the public, forming new expert taskforces to write policy action plans for change in several policy areas, like migration, Europe and digitalisation. His biggest coup, however, was an electoral alliance with ex-presidential candidate Irmgard Griss. Griss used to be president of the supreme court and had run as an independent presidential candidate the year before and garnered 18% of the vote in the first round of the elections. Their alliance led to the longest ever ticket name on the ballot with 94 characters “NEOS – Das Neue Österreich gemeinsam mit Irmgard Griss, Bürgerinnen und Bürger für Freiheit und Verantwortung“ (NEOS – The New Austria, together with Irmgard Griss, Citizens for Freedom and Responsibility).

NEOS was faced with insurmountable odds during the campaign, having the least amount of money, but being taunted as the instrument of Hans-Peter Haselsteiner, who donated a large sum of money to them and being viewed by many as irrelevant, due to Sebastian Kurz’ promises of modernising the ÖVP and a strong SPÖ candidate in Christian Kern, pulling on their left. Matthias Strolz was deliberately positioned as a free market liberal by journalists on several occasions and forced to explain in short amounts of time the difference between liberalism and libertarianism, finally resulting in one exasperated explanation that for NEOS the chances of each individual were important and the state was tasked with ensuring that all citizens had the best chances of doing what they loved, because not doing what one loves and is passionate about “is frankly buggered.”