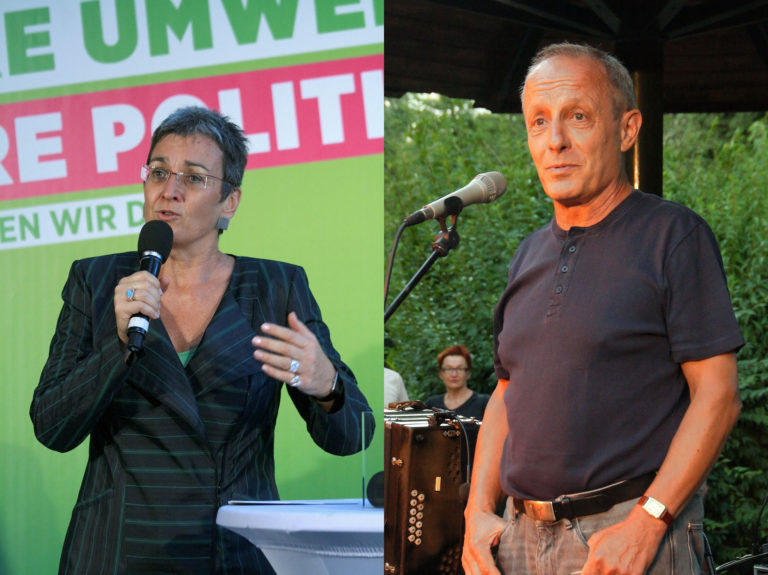 The Greens in Austria have been around for over 31 years since 1986 and are formally called Grüne Alternative (The Green Alternative, Greens/EFA). This name is the result of a merger of the conservative VGÖ (United Greens of Austria) and the progressive ALÖ (Alternative List Austria). This mixed origin explains why many liberals once called the Greens their home, such as the current President of Austria, Alexander Van der Bellen. Van der Bellen always called himself a social liberal and often impressed audiences with his exquisite rethoric and methodological dismantlement of his opponents’ political arguments. Under VdB’s leadership the Austrian Greens grew to over 11% and became the largest green party in Europe, dismantling the Liberal Forum in the process.

His successor Eva Glawischnig increased the vote share to the Greens’ best result yet with 12.4% of the vote in the 2013 elections. Unfortunately, Glawischnig and her policy focus did not inspire the same confidence in the more liberal and conservative supporters of the Green party. Nor did the actions of local and federal level Green representatives in their respective chambers. In Vienna, most notoriously, the Greens caused outrage on several occasions, not least because of their city development agenda, which seemed to favour cyclists over car drivers. The Greens also had a reputation for being the best opposition party, a kind of monitoring body that would point out dubious activities of the government and ensure justice was served. Yet, the perception of many citizens was that as soon as the Greens entered into coalitions in local and federal state governments, their principles and sharp eyes would disappear outright.

In addition, the re-emergence of Van der Bellen as “independent” presidential candidate, caused the Greens to lay low out of fear of damaging his campaign in any way, while at the same time reminding voters that VdB was not the Green party and its policy focus had changed since his departure.

With the new liberal party NEOS and stronger social democrat and conservative parties in play, the Greens’ performance in the polls dropped sharply over the years down to 8% of the vote. If that was not bad enough, in 2016, a torrent of mistakes, scandals and tragedies was set loose that would shake the party to its foundations.

First, the Young Greens rebelled against the monther party by supporting a new Green student party called Green Students that split off from the original GRAS (yeah, it’s basically called weed) and later called for Eva Glawischnig to resign as party leader, because they believed she was not leading the Greens in the right direction. Glawischnig responded by expelling all Young Greens from the party; a harsh move that was criticised by many in the media and her own party alike. The artists formerly known as the Young Greens found a new home relatively quickly in the KPÖ (Communist Party Austria), proving once and for all, what everyone already knew about the Young Greens’ ideological preferences.

Six weeks after the incident and to great surprise, Eva Glawischnig resigned as leader of the Green party, naming burn out and her family as the reasons. Glawischnig left a great vacuum in the Green party that would not easily be filled. Its youth wing was gone, Van der Bellen, by then, was already President and no longer a member of the Green party. The younger MPs also were not even close to being ready to take over and none of the older ones seemed to be very interested in the job.

In the end, the job was split into three, apparently to avoid having one person burn out under the heavy burden of it all, like Glawischnig did. At the same time, the Greens also fancy themselves a bottom-up anti-hierarchical party, so to them it made sense to have three heads. Albert Steinhauser became leader of the parliamentary group, Ingrid Felipe from the Tyrolian federal party was made party leader and MEP Ulrike Lunacek became lead candidate.

Unfortunately, for the Greens, this division of powers confused both the public and the media. The latter was not quite sure whom to invite to political debates and shows and alternated between Lunacek and Felipe, while Steinhauser did not get a platform to discuss any of their work in parliament at all. Of course, this didn’t make it any easier for the Greens to recover their losses in the polls (at one point in the summer they sunk down to as little as 4%), seeing as Felipe would have to take the train from Innsbruck to Vienna each time she wanted to hold a press conference or attend an interview, while Lunacek was busy in Brussels, leaving one to wonder why Steinhauser did not get to do or say anything, despite being the only one in Vienna and in parliament at that.

As for the young Green MPs, Sigrid Maurer, who rose to the role of MP from the GRAS student union party, can also account for some blunders. In this year’s most read interview of the newspaper PROFIL, she asks the question “What the heck is Austrian culture?”, infuriating anyone with a sense of belonging to Austrian society and fuelling the sentiment that Greens were unrealistic utopian leftists that were completely out of touch with reality. She did not help her case either, when in May of this year she launched a legislative initiative to increase fines for aristocrats. The aristocracy has been banned after the fall of the monarchy and all citizens are now equal, but some former aristocrats still like to use their titles on official documents. The fine for doing so right now is set at 14 cent per year; a laughable amount for a trivial crime. But Sigi Maurer believes this to be a relevant and important issue, which once more prompted heinous laugther and critique at her expense. Unfortunately for the Greens, this is not where this story ends either. One of their local councillors in Carinthia just so happened to be Ulrich Habsburg (and we all know it doesn’t get more aristocratic than a Habsburg). He was sent a letter, supposedly signed by Sigrid Maurer, in which he is called “Idiot von Wolfsberg” amongst other things. He promptly left the Green party, stating that “since there are enough idiots in the Green party, they may as well not need me.” Maurer denied ever having written that letter, but Habsburg believes the letter still came from someone within the Green parliamentary group.

Lastly, the Greens had a rough time with their internal elections, determining their ballot list. In Carinthia the federal party leader, Marion Mitsche was defeated and voted in the hopeless 9th place. How did that happen? Simple. Michael Johann, who used to be federal party leader before, utilised asylum seekers to tip the vote in his favour. They didn’t speak a word of German, or even had permission to stay in Austria, but Johann nevertheless made them members and told them how to vote, resulting in his victory.

The biggest controversy, however, was caused by yet another young MP, by the name of Julian Schmid. Schmid is a handsome young man, but unfortunately that is about it. His smooch-covered face was used on a poster in the Viennese elections, causing a reverse-sexism debate. Apart from that he never made any headlines or caused any uproar through anything he said or did. Yet when it came down to it, the old green giant Peter Pilz lost to Julian Schmid in the internal elections. Pilz was understandably outraged, as he had been with the Greens since the very beginning and had made a name for himself as the uncoverer of corrupt dealings in government.

In the summer, Pilz, aided by media outrage, made it official: he was leaving the Greens and forming his own party – Liste Pilz.

His programme was mostly about integration and stopping “islamification” in Austria, as well as continuing his work as a parliamentary monitoring body and uncoverer of scandals. To this he added several reputable players from other parties and civil society, bringing expertise in consumer protection and animal welfare. As Pilz had no money, he only created one single campaign poster, claiming he only made one, because people were sick of seeing them plastered everywhere (which, fair enough, we are).

The Greens tried to utilise Europe as a party focus, but had to compete with the energetic NEOS (ALDE). And because HC Strache (Freedom Party Austria, ENF) spoke a lot about women and their rights and equality during the campaign, Lunacek had to talk a lot about gay rights to find a big point of contention. Climate change was a big topic for the Greens, but one they failed to properly address. Instead they invested over 5 million Euro into three waves of posters with different slogans of varying creativity. While a few of them were quite clever and witty (and unfortunately get lost in translation), others like “Be a man: Vote for a woman!” once more caused voters to roll their eyes.

The Greens had three advantages over Peter Pilz in the end: They were established, had all the money they needed and were invited to all the TV debates, which was not the case for Pilz. What they lacked was substance.